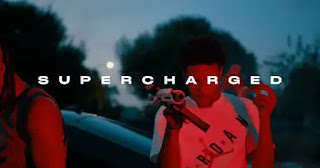 still in the field like I’m Lamar (Yup)
Ayy, we smoke dead men (Dead men), lil’ ho,
grab ’em out thе jar (Ah ha)
Yup, finesse that head and thеn
I ask for her car (Let’s go)
This b*tch don’t ask no question,
she too gangster,
she just play her part (She gang)
Ayy, this b*tch say her daddy the plug,
I met that b*tch at Walmart (Damn)
Ayy, she ain’t even know I’m one of them
grimy niggas from PT Mini Mart (PT high-end)
Ayy, he ain’t even get no chance to move,
I up it, then he seen it spark (Pah, pah, pah, pah, vfft)
I up it, then he seen a flash (Let’s go)
Ayy, puttin’ insurance on himself, that’s good
’cause we made him crash (Skrrt)
They ain’t even book me for this club
I walked in, still ended up makin’ a bag (Racks)
Yup, I just turnt up, already got
these f*ck niggas mad (How?)
Ayy, these lil’ niggas my sons,
I swear GetRich’ they real dad (I swear)
Yeah, go get that switchy ’cause
r, but she got real a*s (Damn)
Yup, that nigga got shot seventeen
times, that boy some real gas
Yup, these niggas wearin’ that
fake-a*s drip, b*tch, we got real splash
Pour up some Wock’, now I can’t see,
like I’m walkin’ in tearin’ gas (Huh)
Big 2SG, six shit, get your b*tch hit
Gang shit, no lame shit
Stay in your lane, b*tch, ‘
cause you know we bust brains quick
Pow, pow, pow, vfft, vfft
“